skip to main | skip to sidebar

Neo-conservatism has been so gratingly strident of late that some liberal intellectuals seem ready to embrace anybody who just turns the volume down. How else to take celebrity philosopher Tom Nagel’s recent defence of Intelligent Design (ID) in Philosophy and Public Affairs? Nagel protests the “campaign of the scientific establishment to rule out intelligent design as beyond discussion.” While he acknowledges that ID is more likely to appeal to those who already believe in God; he pleads that by contrast with “young Earth creationism” it does not rest on biblical literalism. That’s apparently enough to get it into the biology classroom as far as he is concerned. 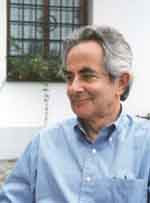 Nagel’s central scientific observation is that one may legitimately doubt whether random mutation affords natural selection enough variation from which to generate the observed diversity of life on Earth. (“This seems on the face of it to be a scientific claim,” he says, and not “self-evidently absurd.”)

How does this make ID science? By a series of snide equivalences. For instance: “No one suggests that the theory [of natural selection] is not science, though the historical process it describes cannot be directly observed.” No indeed. But then the “purposive alternative” (ID) cannot be so dismissed either. To do so would be to hold that “Only the falsehood, and not the truth, of ID can count as a scientific claim.” Does Nagel think that the entire research program of evolution by natural selection could be summarized as – not-ID! (In passing: it is not axiomatic that if p is science, not-p must ceteris paribus be so. Popper, for example, held that universal statements were scientific because refutable by a counter-instance, but existentials not so.)

Nagel seems to allow that one cannot construct a good scientific explanation out of something so indeterminate as God’s intentions. But he thinks that nonetheless there could be good scientific evidence in support of the proposition “An intelligent designer created the world.” (Not uncontroversial: for discussion, see Elliott Sober, “What’s Wrong With Intelligent Design?”, available here.) According to Nagel, you can exclude this proposition – call it IDE – from the domain of science only if you believe that God is impossible. But if IDE is beyond the reach of science, then so is its contradictory. Though it is “perhaps” the “nub of the issue,” the impossibility of divine intervention is “a religious assumption” and constitutionally suspect.

It is surprising that, brilliant ethicist as he is, Nagel is not more sensitive to the path-dependence and essential temporality of practical reason. He couches the entire ID question sub specie aeternitatis in terms of probability and evidence. But whether ID (or IDE, for that matter) is science or not depends not on eternal questions of the status of religious belief, but rather on what it has contributed or can contribute to science. This depends on where science is today. It may be true that in Darwin’s time, the hypothesis of divine creation had scientific standing. It is certainly true that in 1859, Darwin’s theory lacked an adequate theory of heredity and was for that reason contestable by proponents of directed mutation. (Fisher famously argued that on Darwinian blending inheritance, populations would not be able to retain enough variation to support significant evolution. This is one of the fundamental motivators for incorporating Mendelian particulate genes into the theory of evolution.) This vulnerability was not forever.

Things are very different today. We should ask: Is there a scientific problem on which ID sheds new light? Does it shed new light on mutation? Does it offer us a systematic alternative to evolutionary theory? And surely, the answer to all of these questions is: No! For a time, the notorious bacterial flagella were touted as a problem better addressed by ID – but this has been thoroughly discredited (as demonstrated in the Dover School District case). As for mutation, none of the tests of Motoo Kimura’s neutralist hypothesis or of junk DNA reveal bias suggesting divine intervention – and something should have showed up if ID is correct about this. And what perspective of scientific value does ID offer us, what prospect of new research? Admission to the biology curriculum requires more than non-infinitesimal prior probabilities; it requires scientific utility now, and utility is temporally dependent. (Remember Lorentz contraction: a theory that might have been useful in the 1890s, but one that became scientifically jejune after Special Relativity.)

Nagel quotes the Dover judgement as follows: “Professor Behe remarkably and unmistakably claims that the plausibility of the argument for ID depends upon the extent to which one believes in the existence of God.” And he objects, in yet another tu quoque, that this is no reason to exclude ID since “evolutionary theory as a complete explanation of the development of life is more plausible to someone who does not believe in God.” The question he should ask is this: would anybody today turn to ID as a scientific program except for a belief in God-as-creator? Nagel quotes a number of respectable scientists who share his scepticism concerning the sufficiency of random mutation – Stuart Kauffman, for instance. These scientists do not turn to ID; rather they try to show, by appeal to considerations of evolvability or to dynamic systems theory, that the evolution of complex systems is not as improbable as might at first appear. These are constructive proposals, and prima facie at least, they have some claim to inclusion within biology, though even here, random mutation and the bottom-up evolution of complexity are “null hypotheses” that will prevail if shown to be possible.

The scientific evaluation of theories involves much more than an enumeration of possibilities, and Nagel would be well-advised to adopt a more nuanced position on the “demarcation question” of what should count as science, and what not.
Posted by Mohan Matthen at 8:16 a.m.

"Popper, for example, held that universal statements were scientific because refutable by a counter-instance, but existentials not so."

"The question he should ask is this: would anybody today turn to ID as a scientific program except for a belief in God-as-creator?"

Just curious, but couldn't an atheist seriously entertain the hypothesis that Earthling life was intelligently designed by an advanced civilization?

If Nagel wants to include a philosophy of science component in high school science curricula, great. But why talk as if the issues were peculiar to biology?

In response to John Turri: Nagel's article is ostensibly about the Dover School Board judgement, but the article is mostly about whether there can be scientific evidence for or against God-the-creator.

First, Nagel distinguishes between there being scientific evidence for or against ID, and ID explanations of specific phenomena. The kind of hypothesis you are thinking of would fall more into the first category, and I am conceding the distinction to Nagel.

Second, though, there are pieces of evidence one would look for in the "advanced civilization" (AC) hypothesis. For instance, obvious design maladaptations (such as the Panda's thumb) might count against AC, but not against God-as-creator, because we can't know what God wanted. Limitations due to imperfect materials might be consistent with AC -- but inconsistent with God. And so on. The two hypotheses are not necessarily symmetric. (Sober has some relevant observations about ID in the piece I reference in the article.)

In response to chris: I don't find Popper's thesis plausible, but his discussion is interesting. I just gave it as an example of somebody who denies and discusses the possibility that p might be scientific but not p.

Mohan, I admire your patience with these ID people, but could you explain to me why we should feel obliged to engage in rational discourse with them? As I don't think I should sit down and have a rational argument with Sarah Palin, I don't think at this point that I should do so with Thomas Nagel. I have not seen an argument for ID that did not misrepresent the theory of natural selection (although I have to admit that I have seen some arguments against ID that did the same). So why do we need to take them seriously?

Btw (re. the rest of the blog), you should publish a coffee table book on ceilings.

we should feel obliged to engage in rational discourse with them?

Because if you don't, they win.

The entire strength of intelligent design is based around the refusal of those who disagree with it to engage. That has created and given strength to an idea that otherwise would have faded long ago ... somewhat like Chariots of the Gods finally did.

Thank you for an excellent post on this pretty disturbing topic.

I can see why a philosopher might want to defend ID as an *idea* -- philosophers don't like to discard ideas unless they absolutely have to, and ID is just as valid as an "interesting idea" as aliens, ESP, afterlives, or whatever else.

What's disturbing about this is that even someone as eminent as Nagel doesn't seem to grok the difference between an idea and a valid scientific hypothesis.

ID certainly has its place in science fiction, coffeeshop conversations, and anywhere else that ideas get bounced around. But it cannot be tested by any valid scientific method, and so it does not belong in science curricula, period.

The only comforting thing here is that I'm betting Mr. Nagel is arguing for the idea purely because he's a philosopher and predisposed to ideas (and obviously a bit confused on the wider issues), not because he, like most others arguing for ID, is really pushing an agenda of sneaking hard-line Christian religious education into classrooms. It's not much comfort, but it's something.

All in all, I found Nagel's discussion more edifying than Mohan's. I don't know whether ID has been successful in its attempt to qualify as science, or whether they have offered any contribution to science. All Nagel is arguing is that ID is not somehow out of bounds by definition. It seems a modest point to me, but it sure gets a rise out of Darwinists.

Bence, I know of at least one ID argument that doesn't misrepresent natural selection: the fine-tuning argument based on cosmological constants in physics. It has no assumptions whatsoever about natural selection! It's certainly an ID argument, though. It starts with a premise about some unlikely occurrence observable in science and concludes that we should find a designer likely as an explanation for that unlikely fact.

Yes, and when we 'perceive' an unlikely occurrence, shouldn't we ask whether it results from the method our brains have used to manage the data received? In other words 'unlikely occurrences' are just things we happen to be unable to simplify.
No designer, just limits to what we need to know in order to be successful animals. Of course we also derive a lot of pleasure and wonder from this fundamental shortcoming. 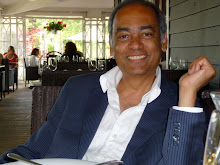 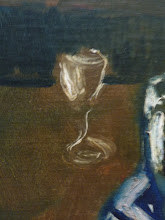